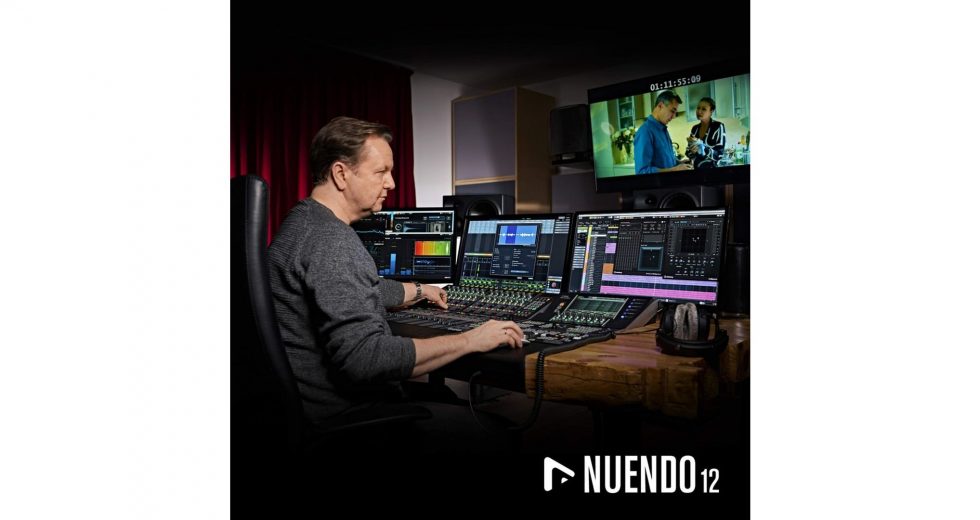 As the most advanced audio post-production solution available, Nuendo is the choice of film, TV, game audio and immersive sound industry professionals worldwide. Ever since its initial release, Nuendo has been a vital tool in creating the soundtrack to many high-profile productions, products and installations. Regular updates with new features, workflow improvements and additional, user-requested functions mean that Nuendo constantly exceeds the expectations of an audio workstation dedicated to audio post, with high end — often unique — capabilities that continue an ongoing revolution in audio and media production software.

Clear speech is the most essential element in the audio narrative of streamed content, film and television. Nuendo 12 includes many new features and improvements to help make sure that dialogue is not only clearly heard, but sound designers and post-production studios can work as quickly, accurately and efficiently as possible. With headline new features for dialogue recording and editing, producing headphone-based binaural mixes and more, Nuendo 12 can truly be called the Home of Dialogue.

We’ve introduced a new Dialogue Detection mode in the Detect Silence window where, instead of analysis based on the signal level, edits are determined by the presence or absence of dialogue in the clip. The AI-powered Dialogue Detection algorithm will reliably detect spoken dialogue, regardless of any background noise, and a new Detect Silence Using Last Used Settings command lets you execute the processing using the most recent values. It can be accessed with the Audio menu or a user-defined key command, without having to open the Detect Silence window.

The distance between lavalier microphones and the boom may vary as actors move around, shifting the phase over time. Nuendo 12 features seamless integration with Auto-Align Post 2, making time and phase alignment of continuously moving microphones much easier. Integrated as an ARA 2 plug-in extension, it is sim ply a matter of engaging Auto-Align Post and selecting a reference audio track. The process is non-destructive, with the original audio always intact and ready to be instantly recalled or reprocessed.

With the Detect Silence window’s new audition tool, you can click anywhere in the waveform display and preview material detected as silence or dialogue before committing edits to the selected clips.It is also now possible to apply fade in/out lengths to the resulting events when using the strip silence function. Project default fade types apply.

In Nuendo 12 we have improved the Audio Alignment functionality, allowing you to use multiple reference clips of a full scene and non-destructively apply their precise timing to the corresponding set of field recorder files. Now you can align all imported lavalier microphone clips to a boom mic reference track, for example. The targets will be aligned like a batch process.

Free Warp in the Project window

With the new Free Warp tool in Nuendo 12, you can now make subtle timing corrections to the audio event waveforms directly in the Project window, simply and easily with your mouse, for example if want to use a dialogue clip from a different shot with the perfect expression, but which has the wrong timing.

The production sound has captured a great performance, but unwanted background noise is making it difficult to edit the scene. You can use SpectraLayers in ARA mode to eliminate background sounds with surgical accuracy. New in Nuendo 12 is the ability to apply ARA Extensions at track level, letting you conveniently edit all events within that track. Now, you can also make all process permanent afterwards, so you can continue with other editing tasks.

o   Nuendo 12 offers many new detail tools and shortcuts for audio event fade editing, including the new size with fade modifier key.
o   You can now also use key commands to increase or decrease a range selection in all four directions, including moving the range selection itself.
o   There is a new option to create or modify fade in/out length while resizing events by holding a modifier key and using the Select tool.
o   You can now assign key commands for slip editing besides using the mouse and tool modifiers.

As the Home of Dialogue, in Nuendo 12 we have paid special attention to the challenges of dialogue recording. Not only have we revamped the user interface of the ADR Taker, we have added new features and smart improvements, whether you are preparing for an ADR session, a language dubbing project for Netflix or using third-party applications whose scripts you want to import quickly and easily into Nuendo. These features will save you hours of time and make tasks less repetitive, radically enhancing your workflow.

Nuendo 12 supports the import and export of TTAL files, Netflix’s proprietary script format for working on language dubbing projects. The TTAL script content is converted to record-ready ADR markers, including the dialogue text, characters and useful metadata, such as on/off screen notices, etc. Script change decisions made during the ADR production can be documented within the Nuendo marker editor and brought back to the workflow through the TTAL export function.

Nuendo has always been at the vanguard of immersive sound mixing. It was the first application to implement a whole feature set for VR content authoring and the first DAW to offer complete in-the-box Dolby Atmos content creation. Now, Nuendo 12 takes another major step forward by offering the most comprehensive environment for binaural mixing with headphones. And with new improvements to volume automation, remote object panning, spatial monitoring and more, Nuendo 12 is the application you need for every immersive mix.

Nuendo 12 also includes full support for Space Controller OSC. Developed by Sound Particles — the specialists in disruptive immersive audio tools — Space Controller OSC connects a mobile device to Nuendo and links the physical movements of the device to the software, enabling full control over its panning tools by simply pointing the phone to where the user wants sounds to come from.

When listening through headphones the sound is affected by many factors, including intended use build quality, materials and more. To truthfully judge the frequency and spatial domain of binaural content on headphones, a neutral frequency response is vital. The Headphones Match plug-in uses an FFT-based spectral operator to apply an accurate compensation curve to the monitor output for 387 different models of headphones from a hundred manufacturers. It is measured in a controlled, identical environment with more than 500 frequency-points per curve. You can also emulate the sound of a different pair of headphones within this plug-in.

Nuendo 12 comes with enhanced features for sound design and music. There are new and improved FX plug-ins, better integration with external controllers and, of course, all the music features of Cubase 12. This ensures Cubase projects will work seamlessly in Nuendo, with no loss of data or audio information when crossgrading.

Whether you work in film, television, game audio or any other audio discipline, we are always listening to our Nuendo users to learn about the new features and improvements they need in the world’s leading sound design and post-production software. Nuendo 12 includes several user-requested updates which will improve the workflow and productivity of a wide range of different tasks throughout the application.