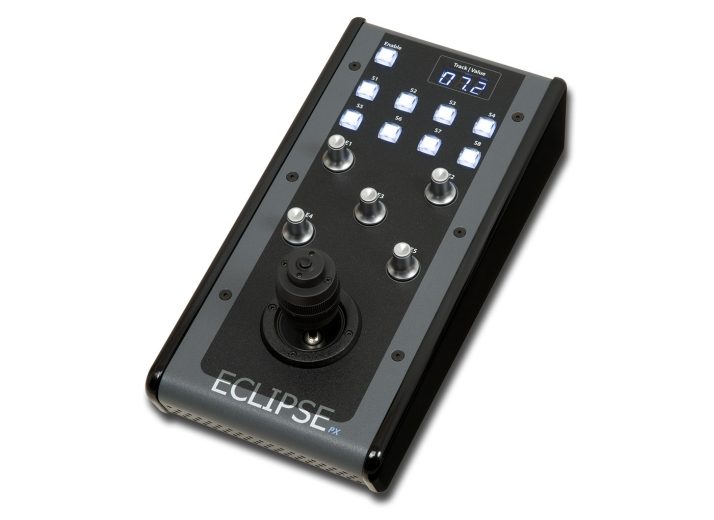 The controller can be connected to a computer, using its own built in 10/100 Ethernet interface (TCPIP and UDP supported) or to some other Eclipse units via internal expansion port. It can be physically attached to other Eclipse units using Eclipse Joiner Kit.

Eclipse PX is functionally identical to the Nuage Panner and can be used to directly control surround mixing in Steinberg Nuendo and other applications.

With its own custom software plug-in for Steinberg Nuendo, Eclipse PX provides precise control of all automatable surround automation parameters.

Software developers can take advantage of the Eclipse PX as a stand alone unit or combine it with other Eclipse components to make a specialized controller for your specific needs.

Eclipse PX is also compatible with Pro Tools (Mac Only) and Logic Pro.